Start Reading | About Author | More Books | Subscribe for updates Current status at the time of this writing. 17 episodes | 41 Likes | 2 Faves https://amzn.to/3inGlbF Been working hard for the money myself, posting, getting used to the new format and of course, feeling like I actualy work for someone else. But … END_OF_DOCUMENT_TOKEN_TO_BE_REPLACED When you love writing it shows When you love words it shines Re-listening to myself in this interview, I seem to burst from the speaker and glow. It was a great conversation and honored I had the opportunity to be on her show. Please take a listen now 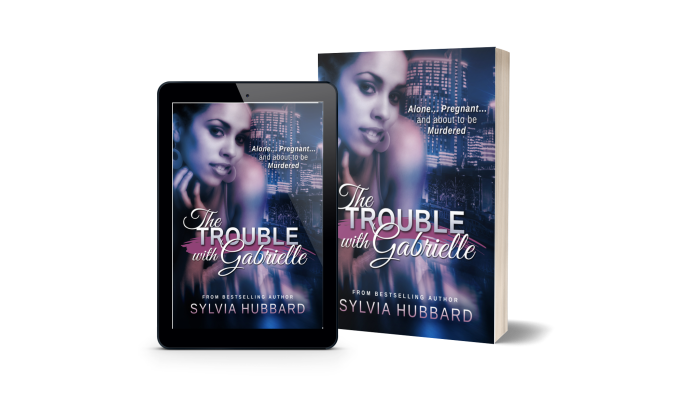 Alone... Pregnant... And About to be murdered A one night stand with a mysterious man and four months later Gabrielle Payne is in desperate need of money and pregnant. When things are at the worst, she finds out her mysterious man, Oliver Farnsworth, was murdered and very wealthy with no heir to claim the fortune his mother left him. Gabrielle decides to reveal her secret and ask for just “a little help.” She is taken in by Oliver’s step mother, Nareen McGee. The old house of Oliver Farnsworth is larger than any place she’s ever been, but she starts to see things are not what they seem. And she starts to find out several things in the two short weeks that she stays there: ---Oliver Farnsworth was murdered by poison, but his murderer was never found. He has a twin brother, who lives outside of the state and is on the outs with his family. ---The step mother could be greedy and is lying about how happy she is about the Gabrielle’s pregnancy. and lastly…. ----The step mother plans to kill her to gain the fortune Oliver Farnsworth left. WITH NO WHERE ELSE TO TURN GO, WHAT’S A WOMAN TO DO?

https://www.youtube.com/watch?v=0263XCBY9_w&list=PLvByVkrSQUBmyHLKkPs0hsAlDPFhZ7SV8 I think burst into tears several times watching this video The appreciation for writing just made me so proud of myself. Just when you think no one notices the hard work you put behind creating a great story there are these reviews that give you life for a hundred more years. If you haven't … END_OF_DOCUMENT_TOKEN_TO_BE_REPLACED

There is sometimes some real fun in writing and Emperor's Addiction has not only been a very difficult write, but also a fun write. I thought I'd struggle a lot because this book had to do with a lot of the Hearts. Some of these Hearts people have only heard about. Some more sneak peeks … END_OF_DOCUMENT_TOKEN_TO_BE_REPLACED

If you're just joining us, please check out the initial post:  http://www.sylviahubbard.com/blacksinnocence Author's Note: And Tyler's back and bothering her. Being in his head even for a second is a little hard because he's got so much going on. Story comments below. Oh yeah, check out my new video post. It's more personal than anything. … END_OF_DOCUMENT_TOKEN_TO_BE_REPLACED

If you're just joining us, please check out the initial post:  http://www.sylviahubbard.com/blacksinnocence Author's Note: Yep, whoop me. Between planning a wedding, my mother getting sick and migraines, I've had a time trying to get this book done, but it's writing itself in my head. Ugh... Thank you so much for your patience and thank you … END_OF_DOCUMENT_TOKEN_TO_BE_REPLACED