I have been going through my books and making notes… 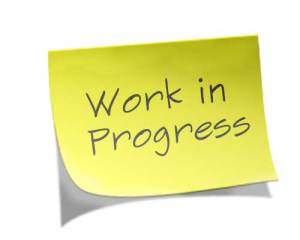 but if you have a list of your own, add it to the comments in case I missed one.

Some I know I’ll never publish because they are just weird or freaky.

There are now about four in that pile. Literally!

They have great characters, great story lines, but the weird and freaky and sometimes just horrible things happen that I know a publisher or a regular reader would never accept, so I just tuck those away so they won’t fly free.

But I would like to set them free somewhere. So I want to give my readers a chance to really go on the dark side, light side or the other side of my imagination and journey to a place where exclusivity can be.

I’ll be starting live stories again in 2016. I’m excited because all the books I post on there will be finished. Swear on it.

I’ll also post filler stories that some readers missed that were posted on Wattpad and so forth.

Now I will charge, but the good thing about will be…once the book is through posting, the reader can actually download the book to their #Googlebook store and read in it’s entirety (I think I spelled that right.)

The first book to be posted will be…drum roll…

the next will be

And following that, the characters from Two Ways to Pleasure actually come back in whole another book called

After that, in the line up will be

Now this will be a whole new site and there will be more information to come on how to request entry into the site.

If you are an author and would like to co-sponsor, there are four slots for every quarter in 2016. You’ll get two author advertisement posts about your books, plus one sneak peak into your books a month to my readers. Those co-sponsors will be $30 as well because you’ll also be giving a subscription into the site to read the stories too.

More information is forthcoming as I set everything up, plus also work on all my WIP’s including

13 thoughts on “Private LiveStory Site Coming Soon… Would you like a free subscription?”

What do you have to say? Cancel reply