Why did you choose to write this particular book?
I feel like this story chose me. I’m a vessel to tell this story, almost like automatic writing. I was shown a glimpse of what was, what is and what could be.
How much of the book is realistic?
Even though Wicked is a fantasy, some elements are very realistic. The CIA really did have a Project Stargate that researched military application of psychic abilities. The Otherkin community is very real and vast. The locations in my book are described as how they actually are. All of the locations visited on the Earthly plane really do exist.
Can you tell us about your main character?
Sev is an amalgam of many goddesses and spirits that all share similar energies. At her core, she’s very driven by a strong set of values. She cares deeply for other people. Her biggest strength is her sense of humor and her uncanny was of perceiving things. She loves Luc and is completely enamored with him, as he is her. They’re completely devoted to one another.
Have you included a lot of your life experiences, even friends, in the plot?
I haven’t really included people I know so much, although certain elements of Luc and Michael are based on my husband. I went through a period in my life from 2008 – 2012 where a lot of my friends passed away and for the first time in my life, I knew what it felt like to be sad. Before that, I had never really experienced loss or sadness. I handled it all very well. I also endured a few major betrayals during that time and they influenced certain elements of Wicked.
Have you developed a specific writing style?
My writing style is definitely campy, goofy, irreverent, offbeat, quirky, satirical and witty.
Did writing this book teach you anything and what was it?
I did learn many things. I was not looking forward to formatting in Scrivener, but it turned out to be so easy. I’ve learned a lot about other people. Like, writing and publishing this book really did teach me who my real friends were, because they were supportive and happy for me when my book was published.
Do you have an organized process or tips for writing well? Do you have a writing schedule?
When I’m working on a novel, I write all day, seven days a week. My process starts out with putting together a playlist of music and listening to it. While listening to my playlist I daydream up the whole story. Then I use Astrology for Writers and Tarot for Writers by Corrine Kenner to do a loose outline that’s usually a page long. Then I just start writing and it all flows very naturally.
Tell us about your new book? What’s it about and why did you write it?
Lured, the sequel to Wicked, is much darker and more introspective. While still being just as comedic and having the same level of twist and turns. Wicked was about initiating action. Lured is more about reflection and moving on from the past. All of the characters will be back… Sev, Luc, Leon and Ace. I’ve also added in a few new characters that are deliciously dark like Cain and Vlad (who was the historical basis for Dracula). Lured also delves deeper into the back story and the whole shadow government storyline figures much more prominently.
What kind of support, if any, have you received from friends in the writing industry?
I do have friends in the industry. Some work for publishers and others are consultants. Some are designers, others do marketing. They’ve all been very helpful. I’ve not really asked for their help, except to let me know what they think of my advertising copy and stuff like that. Or if someone gives me a price quote for a service that sounds really unreasonable, I’ll check with my friends to verify if my suspicions about unrealistic pricing are accurate or not… They’ve helped me from getting scammed.
What other jobs have you had in your life?
My first job was when I was in high school and that was at a bookstore, of course. When I graduated from high school, I worked in IT first as a Technical Analyst and then as a Systems Administrator before deciding to go to college and pursue my dream. My very first start in publishing was actually as a model. I modeled for various magazines. Yet, I found that I really wanted to be admired for my mind and not for my appearance. So, I started working at publications as a Junior Designer and worked my way up to Creative Director before switching to Advertising, Marketing, Promotions and Public Relations since those were a much better fit for my outgoing personality.
Do you intend to make writing a career?
Yes, I intend for writing to be my career while still focusing on art and filmmaking as well. I originally went to school for film. Wicked started out as scripts for a sitcom. I ended up falling in love with publishing. But, I’d still love to turn the Seven Deadly Sins series into a visual format for cable or television.

If you’re a fan of humorous, offbeat, quirky, satirical and witty metaphysical/visionary fantasy then Wicked is right up your alley; since it’s an absurd yet thought-provoking combination of all of the above.
The universe started with a bang… And so does Wicked!

Angels and demons and dragons… Oh my! Earth: it’s the promised land for Kin, beings from the Astral Planes. Some, beings of light. Others, the Fallen, beings of unimaginable evil… Seven Cyn, a confident and empowered modern woman, is Kin and a CIA Operative. With her best friend Leon in tow, she flies to Wales in pursuit of an ancient relic, the Spear of Destiny. Then throw the enigmatic Luc into the mix as he and Sev discover a love that defies the stars. Yet, there is a catch… Sev has been tasked with ending his life. Along with a twisted pixie named Ace, they uncover the location of the Spear and end up in a race against time with the survival of the whole entire Universe left hanging in the balance in a battle between good verses evil. This unlikely odd-coupled menagerie comes up against a shadow government run by Dark Entities and Fallen Angels possessing mortal souls. Will Sev unlock the secrets of the Spear in time to avert universal disaster or will the Universe fall into utter darkness? Has Sev finally bitten off more than she can chew? Filled with believable characters and injected with a heaping dose of sarcasm and wit… And just as many twists and turns; Wicked promises not to disappoint. This lighthearted energetic, fast-paced romp will certainly open your mind and tickle your funny bone. Wicked is kinda like this… Take satirical chick lit… Place that in a contemporary fantasy setting… And then throw in the Apocalypse just for good measure. That’s Wicked! And That + Wicked = Awesome!
Wicked is filled with all of the no-holds-barred thrills of your average adventure. Be prepared to sit on the edge of your seat as you are transported into the depths of a rich and dark fantasy world not unlike that of your own, but with a few unique and dynamic twists. Take a globe trotting trek into a world where nothing is quite as it seems. Wicked has enough pulse pounding chases, fights, heists, shadow government conspiracy theories and treasure hunts to appeal to not only die-hard fantasy fans; but your average adventure enthusiast. Be prepared for the wild high-flying ride of your life. And just hope that the good guys win.
Grab your copy today! 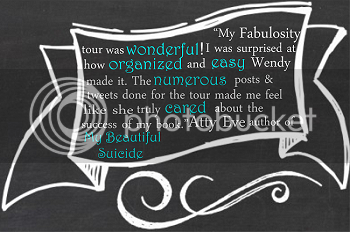 Sylvia Hubbard
http://SylviaHubbard.com and download a book at: http://sylviahubbard.com/fictionbooks in all formats.