You wither love it or hate it. That’s what I was originally going to name this post because that’s really the essential lesson I learned from writing the Mistaken Identity Series.

When Mistaken Identity was release, I really had to buckle down and put on a hard shell due to the responses I received from readers.

People have been on the extreme of each side about the book. They either love the story or they don’t. Due to the complex nature of the book and the relationship of the protagonists, I can’t really go into detail why you’ll either love or hate the book.

I heard so many times how much people love loved luved the first book, Mistaken Identity, but then it was the “others.” Those are the ones that despised it, couldn’t make it past chapter two (you know the closet scene) or sent me long letters of how they were disgusted that I would think any woman would want to be in THAT type of relationship.

A couple of them were so mean that I almost pulled the book and it’s semi-sequel, Secrets, Lies & Family Ties.

A reader wrote me and told me another author had “tried” to do the same thing. This was about three years after the book had been published and the reader said “no one can do a Sylvia Hubbard love story except you.” That was a compliment, but also a little reassuring.

I realized I was the type of person who you either loved or hated. The concepts I develop are basically the same  – and this includes love stories. 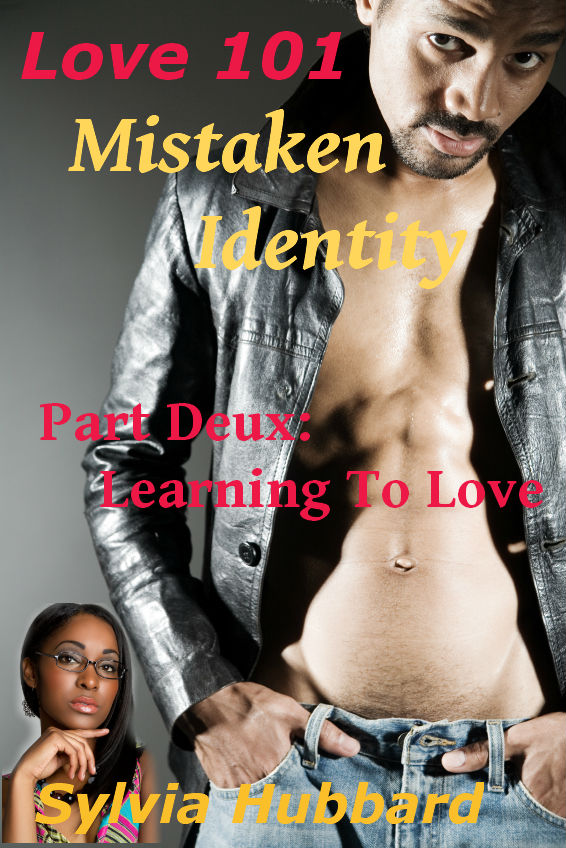 Before I go on, I’d like to say to all the readers who have wrote me notes asking me why did I do what I did in Mistaken Identity part deux, well, I can’t answer that right now because I want you to read the continuing saga in part three.

Now I’m not going to say, I’m the bomb dot com. There are some horrible stories I’ve come up with and I wonder hey, why’d I publish that. It ended too fast or I needed to develop something, but dangit, the majority of the reason why I publish is because I had a great book, a great idea and I enjoyed myself immensely as I wrote and just knew others would enjoy themselves as they read.

So I write really for myself and I have to tell me those scathing reviewers and other readers who told me they’d rather use my book to wipe their butt rather than read it (true quote from an email) can really say whatever they want to say because I’m not writing for them.

I’m writing for myself and there are other people who really like me and like what I write that just happen to support my literary endeavors.

For that I’m weirdly grateful, because I know I think really outside of the box and I’m glad I’m not alone in this world to venture into the unknown and say, what if…

Click here to Leave Your Email for updates on Sylvia Hubbard’s Literary World delivered to your Inbox and get a free story! (you can keep up with the live story this way too especially if you subscribe with the email connected to your phone. This blog is mobile friendly.)

Green means currently writing – Blue means next up – Updated as of 01/19/2023
Go to mobile version
%d bloggers like this: